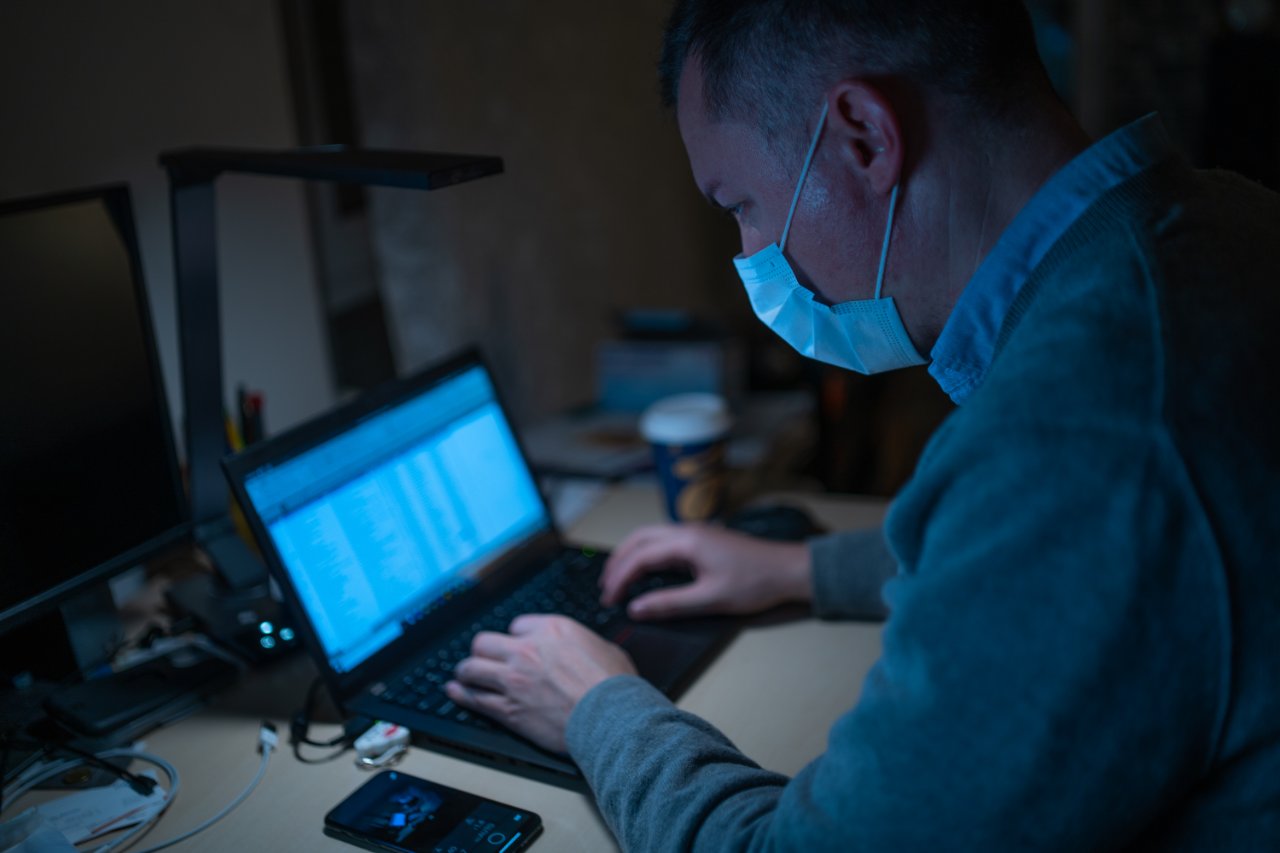 The headlines have been dominated in recent weeks by the new virus emanating out of China. Meanwhile everyone has braced for the potential impact. Entire cities in China with total populations greater than 50 million are in quarantine. At the time of writing, 564 people have died and 28,060 cases have been confirmed, although experts suggest these numbers could be too low. With China being the 2nd largest economy in the world the potential impact of this virus could be significant.

Most market commentators have focused on the market impact of previous viruses. As can be seen below, the impact has been minimal. In fact, the most like for like situation that has been used for comparison purposes has been SARS back in 2003. In the six months following SARS, global equities actually rose 21.51%. 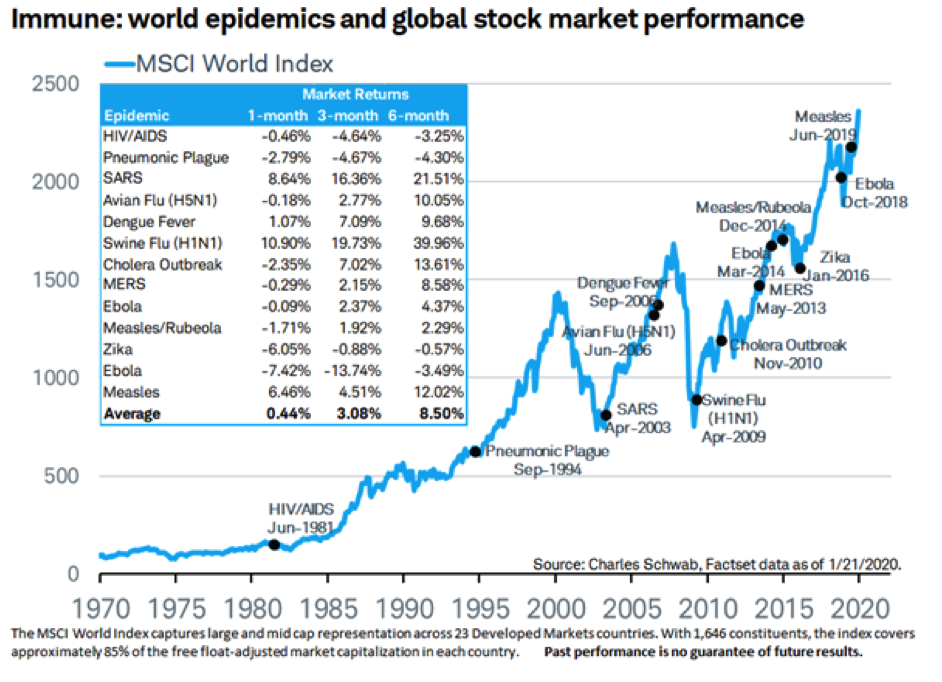 There are some key differences between SARS and Coronavirus. The spread of Coronavirus has been much more rapid than SARS (see chart below), SARS had fewer cases (approximately 8,000 in total) but a much higher fatality rate, so the need for quarantine is greater in this instance. 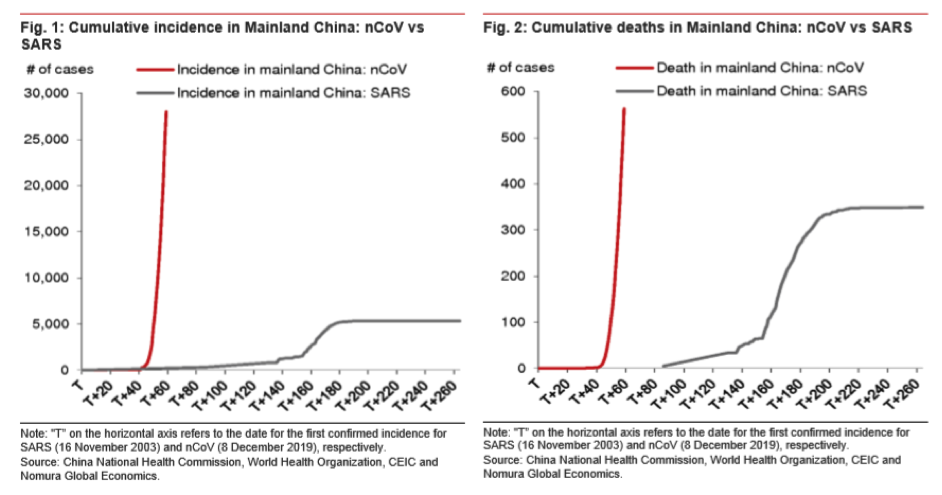 In addition, China’s share of world exports has more than doubled. And its growth in commodity consumption has risen even more rapidly on the growth in basic industries. 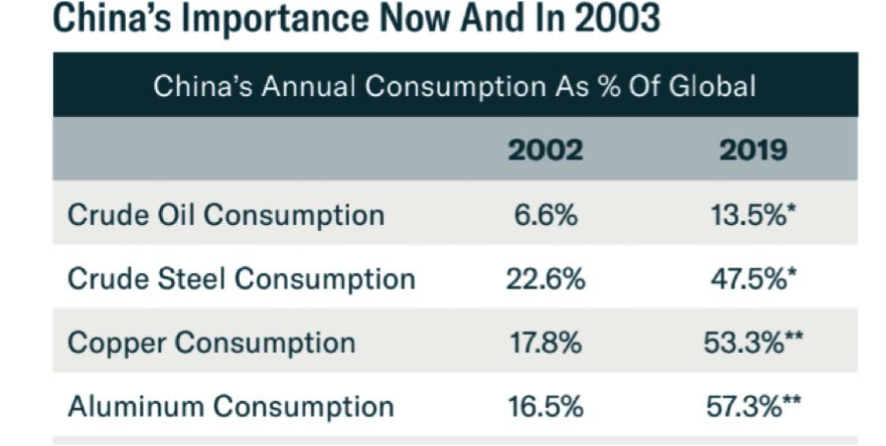 China has become the global hub of manufacturing. Finished goods are produced there and supply chains all run through the company. In the last few weeks, a number of major companies have already warned on production cuts due to Coronavirus. These companies include the likes of Hyundai, Kia, Tesla, Nike, Royal Caribbean, Foxconn / Apple, John Deere and several major airlines. Some of these companies have had to shut operations in other countries due to not being able to get parts from China.

Aside from manufacturing, global tourism is set to take a major hit. Inbound tourism to China is likely to fall to virtually zero. In Macau, the 41 casinos that operate have been told to remain shut for the next two weeks. Outbound tourism from China is set to stall as well and, with the rise of the Chinese middle class in recent years, they have become meaningful travellers. The below chart shows the rise of Chinese tourism to Australia. At this stage we don’t know long the fear and uncertainty will last but one thing we can be certain of is that the impact will be bigger than previous viruses such as SARS. The rise of the Chinese economy means that the impact will be felt globally. Global growth in Quarter one is likely to be impacted, the only question is by how much and for how long?