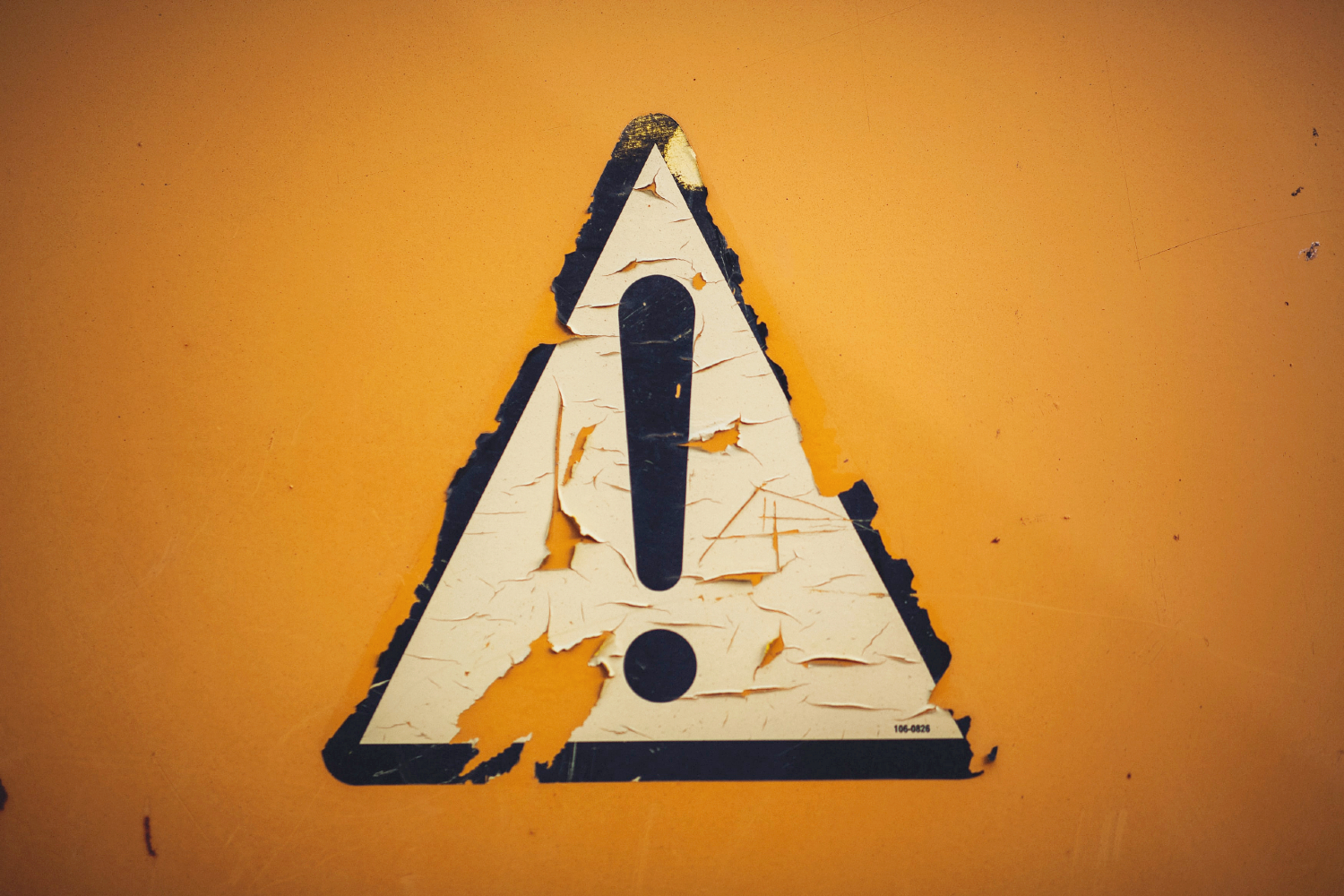 A trust structure is commonly used for asset protection and estate planning purposes. In order to fulfil these purposes, the trust must meet certain criteria at the time of establishment to ensure that the trust is considered valid. If one of the factors required is not met, the trust will be considered invalid and void with the result that the assets of the trust in question result back into the name of the settlor. It is therefore very important to ensure that a trust is setup correctly and that the parties involved have a correct understanding of how trusts operate.

1. A definite intention to create the trust between the parties involved;

2. Definite assets over which the trust is established; and

3. Definite beneficiaries who stand to benefit from the assets of the trust.

Should any of these elements be lacking or deemed too uncertain, the trust will be rendered invalid and void. A creditor of a settlor of a trust may seek to challenge these elements in order that the trust in question may be disregarded and that the assets held therein be made available to satisfy their claims.

For the finding that a trust is a sham, the element of the trust which is challenged is primarily the intention to create a trust. A definition for a sham transaction under English law is that in Snook v London & West Riding Investments Ltd [1967] 2 QB 786 (CA) where Diplock LJ held:

The definition above has since been accepted as a starting point for determining whether a trust may be regarded as a sham. Thus, a finding for sham requires that the parties to the trust, namely the settlor/grantor and the trustee, intended to give the appearance of creating a valid trust in contradiction with the true arrangement. In line with current case law, the following elements may be used as a test for determining whether a trust will be regarded as a sham:

1. the settlor subjectively intends the assets to be held on terms otherwise than as set out in the trust instrument (or trust deed);

2. the trustee either has the same subjective intent as the settlor or goes along with the settlor’s intention without knowing or caring about what he is signing; and

3. both the settlor and the trustee subjectively intend to give a false impression to third parties.

As can be seen above, the key element in the test provided is the intent of the parties to the trust which is to be inferred by the court from the surrounding facts. Intent is to be interpreted in accordance with the ordinary definition of the word and does not, of necessity, require dishonesty to be found. Additionally, the necessary intent, in line with the test above, must be held at the time of the creation of the trust as it will not necessarily invalidate the trust if a shamming intent arises between the parties following the creation of the trust (although this will have other implications).

The following situations illustrate factors which increase the likelihood that the test for a sham trust may be fulfilled:

1. where a trust is used as a device to protect the assets of an insolvent settlor from their creditors (this situation will also likely include the concept of fraudulent transfer);

2. where a trust is created with a high degree of emphasis on secrecy and haste;

3. where a settlor is unwilling to relinquish control over the assets of the trust to the trustee;

4. where a settlor appears to be insolvent yet is able to fund a high standard of living;

6. where the trust instrument contains false statements; or

7. the settlor does not appreciate what it means to create a trust as they are from a jurisdiction that does not have the trust concept or have not been properly advised by their instructing attorney.

The situations provided for above can create circumstances in which a court may infer that the trust so established was never properly constituted. However, it seems that the most common factor which arises in cases determining whether a finding for sham, or a similar finding that a trust was a nominee arrangement rather than a genuine trust, can be made is whether the settlor retains too much control over the assets of the trust fund. Examples of this are provided by the following cases:

JSC Mezhdunarodniy Promyshlenniy Bank v Pugachev [2017] EWHC 2426 (Ch) – a series of trusts was found to be invalid where the settlor used their position as protector of the trusts to retain beneficial ownership over the assets in the trusts by effectively preventing the independent discretion of the trustee. The powers retained by the settlor allowed him to ensure that all actions concerning the assets of the trusts were made in accordance with his wishes and for his benefit to the exclusion of all other beneficiaries. The court in the case of Pugachev determined that where it is found that the purpose of a trust is not to divest the settlor of control of the trust assets, it must instead be for the purpose of hiding their control of the assets from creditors. The court then ultimately found that the way in which the trust was structured and run did not serve to divest the settlor of beneficial ownership of the assets and therefore the true effect of the trusts was that they were nominee arrangements rather than genuine trusts. (It is worth noting as an aside that, in line with this case, Southpac does not advocate the use of the settlor as protector of the trust as it may serve to undermine the trust because of the associated possibilities of the settlor negating the discretion of the trustee. In addition, as the protector often has the power to change the trustee of a trust, having the settlor in that role can be risky as a court may order them to exercise their power as protector to remove an offshore trustee and replace them with a court-appointed trustee who will be sympathetic to a creditor).

R v Allen [1999] STC 846 – this case involved two trusts holding interests in companies under management of the settlor which in turn held assets that were not reported to the relevant tax authority. In this case, the real beneficiaries of the trust were not listed as beneficiaries of the trust and yet still benefited from the assets of the trust fund. The Court in R v Allen stated that, as the settlor retained complete control over the assets in the trusts and could use and dispose of them as if they were their own, the beneficial ownership of the assets may be said to reside with the settlor and that this also revealed the real intention for the trusts and companies to ultimately mislead the tax authority. The case of Allen shows that the settlor should be mindful of usurping the duties of the trustee and should not conceal the identities of the parties to the trust to ensure the legitimacy of actions taken on behalf of the trust. Where the settlor of a trust manages a company underlying the trust, provision of financial reports and regular reporting of the actions of the company must be made to the trustee to ensure that the trustee can exercise its discretion properly.

It is worthy of note that in both of the above cases, the trustees were regarded as parties to the settlor’s intention as they simply went along with the settlor’s designs rather than ensuring that they were able to exercise independent discretion and administer the trusts in accordance with the law.

From the information above, it should be evident that when settling a trust it pays to ensure that you are fully informed of the requirements for the establishment of a valid trust and that your structure has an experienced and active trustee that will ensure proper establishment and management. Practical tips to avoid a possible finding for a sham or nominee trust include the following:

• Ensure that the settlor is advised of what is necessary to create and run a valid trust so that they may act accordingly (it will pay to consult an experienced trusts and estates planning attorney or an experienced trustee for guidance where uncertain);

• Ensure that the trustee is provided with all of the information necessary to make independent decisions regarding the assets of the trust;

• Ensure that all co-trustees are kept informed of decisions made on behalf of the trust by other co-trustees (especially important where one co-trustee is closely related to the settlor);

• Ensure that the settlor of a trust structure exercises as little control over the assets of the trust as possible to efficiently manage the overall structure;

• Ensure that the trust deed accurately represents the intended purpose of the trust; and

• Ensure that all parties intended to benefit from the trust are listed as beneficiaries so that the exercise of trustee powers for their benefit will be legitimate.

If you need more information on an asset protection trust we can help you.

Samuel Gilling is a qualified lawyer/attorney in New Zealand with subject-matter expertise in the areas of international business management theory and international business law. He has 4 years of experience working with companies with a global focus in various industries. Prior to joining Southpac he received the Prime Minister’s scholarship for Asia whereby he completed an internship in India analysing and consulting for not-for-profit organisations. He works as Assistant Legal Counsel with Southpac Group Limited at its head office in New Zealand having a particular interest in trust validity and disputes. View all posts by Sam Gilling
Get In Touch Today